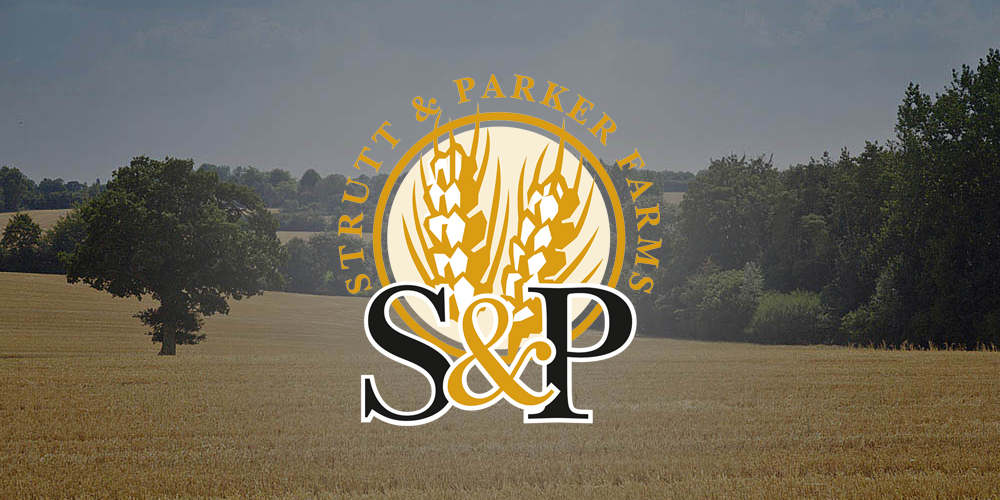 The Strutt family operated water mills in Maldon and Chelmsford until the early 1700s. The money generated from these businesses was used to acquire land particularly in and around the village of Terling near Chelmsford, and by 1762 John Strutt (1727-1816) had moved to the village where he built Terling Place. From then on he pursued the life of a country squire astutely managing his land, the great majority of which was let, and serving as M.P. for Maldon.

When the great agricultural depression of the 1880’s came, ruining many tenant farmers and causing them to abandon their farms it was physicist John Strutt, 3rd Baron Rayleigh at the helm. Fortuitously, his younger brother, Edward Strutt, was a keen farmer and countryman, so in partnership with his brother they took the land in hand and farmed it under the name of Lord Rayleigh’s Farms. Edward Strutt was an outstandingly successful farmer and businessman; the secret of his success was establishing the mixed (arable and dairy) farming system.  All costs, including the cows’ feed to individual milk yields were meticulously recorded to enable informed management decision making, and implement economies.  His success at Terling soon came to the notice of other landowners, who asked him to manage their land.

In 1885 Edward Strutt invited the son of a neighbouring family, Charles Parker, to set up a land agency business with him, under the name of Strutt and Parker.  At the same time the two men began to buy and rent land themselves, as a partnership, which subsequently became a private limited company, Strutt and Parker (Farms) Ltd in 1918.  On incorporation the company owned 7,000 acres and rented a further 850 in Essex and Suffolk. The original cost of this land was £10.69 per acre.

Edward Strutt’s contribution to farming was not limited to the businesses he founded, as during the First World War he was Chief Agricultural Advisor to the government, doing much to increase home food production in those difficult times.  He died in 1930 and was succeeded by Gerald who faced an agricultural depression almost as severe as the 1880’s during these interwar years.  At this time, the company farmed about 11,000 acres, a figure that changed little until further land purchases after 1965.

Gerald Strutt
Edward’s son Gerald had joined him in the farming business. He was a keen dairy farmer and one of the pioneers who set up the British Friesian Cattle Society in 1909.  The breeding and improvement of the stock was achieved under the Terling (Lord Rayleigh’s Farms Ltd) and Lavenham (Strutt and Parker (Farms) Ltd) prefixes described as “a triumph of careful breeding that has been unsurpassed in the pedigree world”.

The Second World War proved a catalyst for changes in farming practice, increasing output and improving seed varieties. Fertilisers, grain storage and ever increasing mechanisation ensured markedly increased yields which were boosted a little later by heavy investment in irrigation systems.  In 1955 Gerald died, and his nephew Nigel Strutt took over as Managing Director of Strutt and Parker Farms.

By this time the Agriculture Act of 1947 and subsequent Annual Price Reviews gave farming a measure of security it had never enjoyed before, allowing Nigel to plan ahead and expand with a measure of confidence.  During his thirty-two years of stewardship the company both bought and leased more land, formed Lavenham Fen Farms, a joint farming enterprise in the Fens with the Fellowes family, and, in conjunction with Lord Rayleigh’s Farms, took over a 5,000 sheep enterprise on the Stanford M.O.D. training area, north of Thetford.

After the McSharry reform of the C.A.P. in 1992, for several years farming flourished, but then prices collapsed for both cereals and milk. This prompted an era of cost cutting and rationalisation. The number of herds was cut from six in 1987 to one and eventually in early 2007 the company ceased dairy farming altogether, so sadly after 98 years the Lavenham prefix disappeared. Meanwhile the farms were rationalised from thirteen management units to the current four.

The four farm management units comprise a total of 19,500 acres (7,895 hectares). Over 80% of the land is either owned or farmed under a long term tenancy agreement. In recent years, the business has grown by winning farm management contracts which have both increased profitability and achieved economies of scale on the farms.

Strutt and Parker (Farms) Ltd has a strong reputation as being one of the leading farm businesses in the UK, and regularly wins prizes for its produce. This has been achieved through the quality of its management and through continued investment in the business.

In order to fully utilise its farm assets, the business has also grown by diversifying into other activities, and today achieves a rental income of over £1m. Many redundant farm buildings have now been developed to provide industrial, residential and office premises.